After the conservation architect Roger Mears had completed work on the terrace for English Heritage, we carried out further works to three of the houses, including extensive recording, analysis, repair and renovation work to one of them. This Grade 1 Listed terrace of houses was built in 1658, before the Great Fire of London, on land owned by a family that also had extensive property interests in the Holborn area; as such it is thought to represent early prototype housing for Georgian London.

By the 1990’s the buildings were derelict. The ground floors had been converted to shops in the 19th Century, lowering them to street level, and flats occupied the upper floors. English Heritage acquired them and decided to return the buildings to entirely domestic use, but did not restore the elevated front doors, steps, railings and areas containing windows to the basement, due to a lack of space on the narrowed pavements resulting from road-widening in the 20th Century (download the English Heritage report on the houses here). Now that the road has been narrowed again, and the pavement widened, it would he possible to rebuild the original ground floor elevations.

Our work involved careful repairs to the fabric of one of the houses. We also upgraded the interior facilities of three of them, including some contemporary bathroom pod insertions which were approved by English Heritage. The project demonstrates our ability to work on the most important historic buildings, while being sensitive to modern functional requirements where appropriate.

Our project, the Muse, is located behind this terrace, and entered via the original street level doorway and open-air passage that led to the gardens and stables behind. The doorway is located, in a Mannerist fashion, directly beneath the terrace’s central brick column with the head inscription ‘1658’. 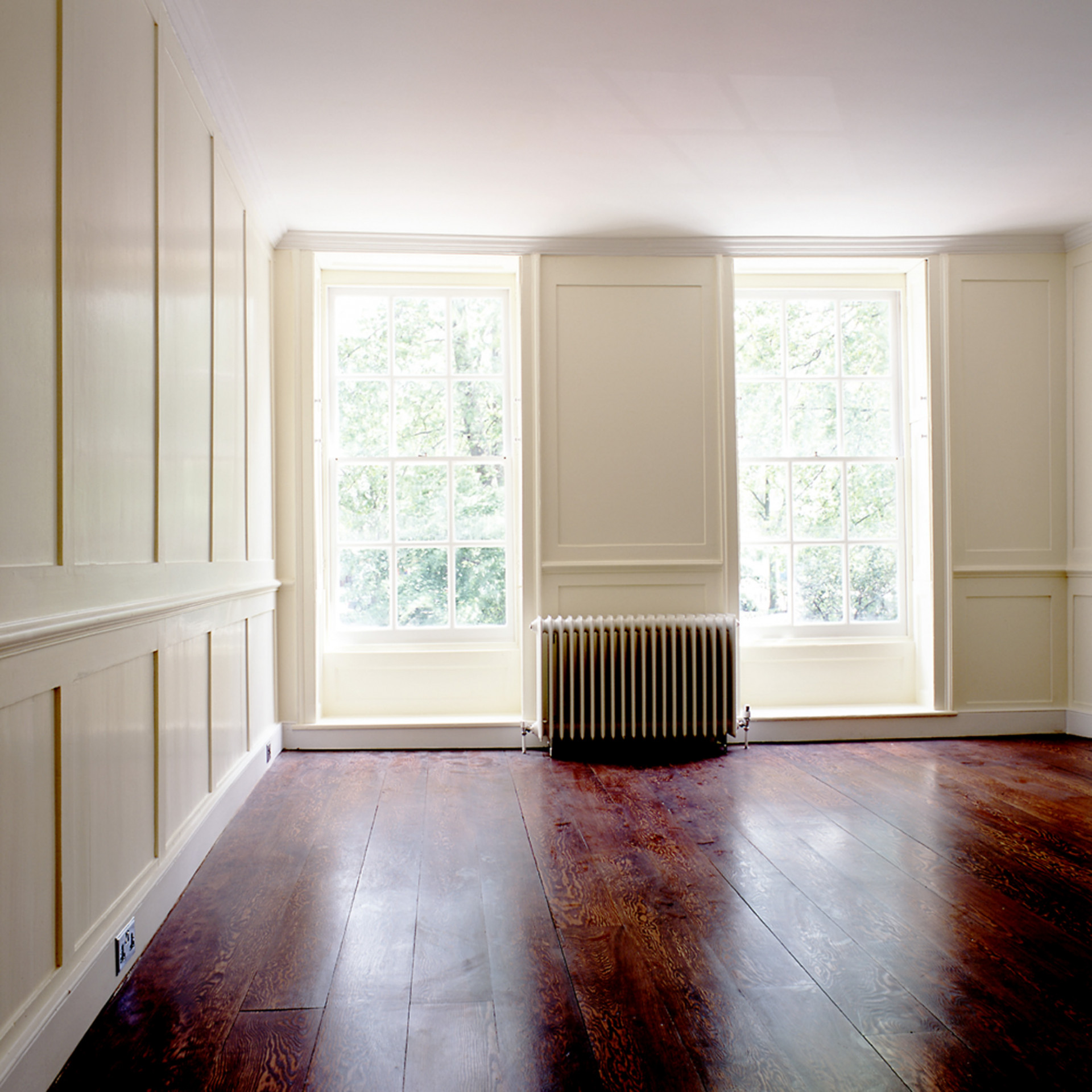 Reconstruction of the main facade as it may have appeared c.1750