The new London Bridge Staircase acts as a keystone of the City of London’s Riverside Walk Enhancement Strategy; connecting bridge users to a revitalised, better connected, and more vibrant route along the north bank of the Thames. It replaced a hidden and dirty staircase that suffered from crime and anti-social behaviour and blighted the area. The new pedestrian route is spacious and light, and benefits from natural surveillance, ensuring people now feel comfortable and safe when walking between the Bridge and the Riverside.

The new staircase is cantilevered over the River Thames, connecting London Bridge and the River Walkway eight metres below. Its stainless-steel screens protect the privacy of adjacent buildings, and its curved landings offer panoramic views across the river and spectacular views of Tower Bridge.

We identified the site in our riverside strategy report, as the only one suitable for a new staircase despite its many challenges. It is hemmed in by the geometry of London Bridge and the Riverside Walkway and sits directly above London Underground's Northern Line. Also, no vertical load could be carried by London Bridge at this location, and no loads could be put into the river wall, nor into the river bed directly beneath the stair. So, a series of 13.5 metre piles were drilled extremely carefully into neighbouring land, within metres of the Northern Line underground below, and the new staircase is supported upon a single cantilevered beam from these piles.

The staircase was prefabricated off-site and lowered into place over the side of London Bridge over a series of weekend road closures.

We also collaborated with Quentin Newark of Atelier Works on the design of the educational display panel on the upper landing of the staircase. 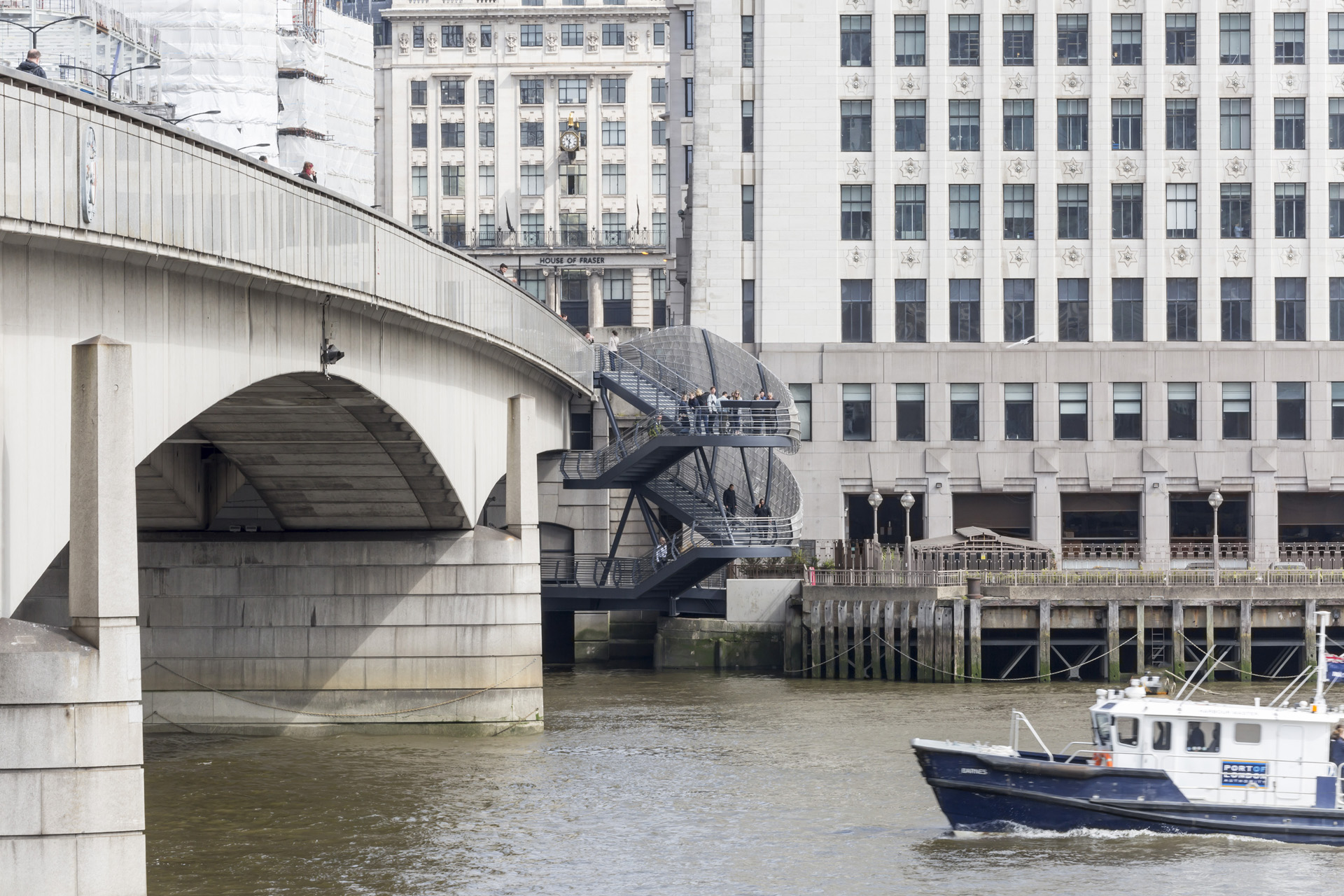 "A superb example of modern architecture in the City of London." 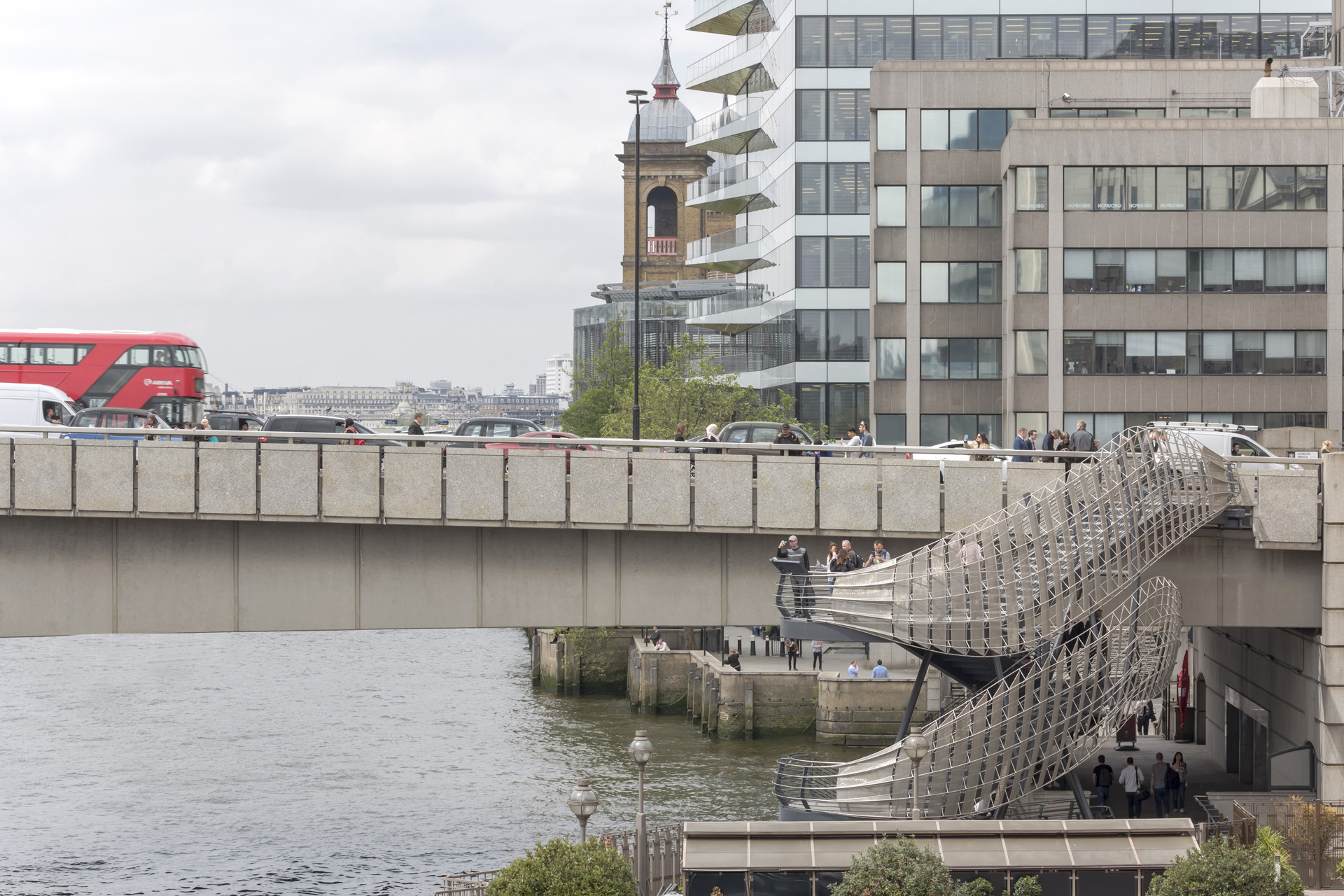 "A vibrant addition to our Riverside Walk." 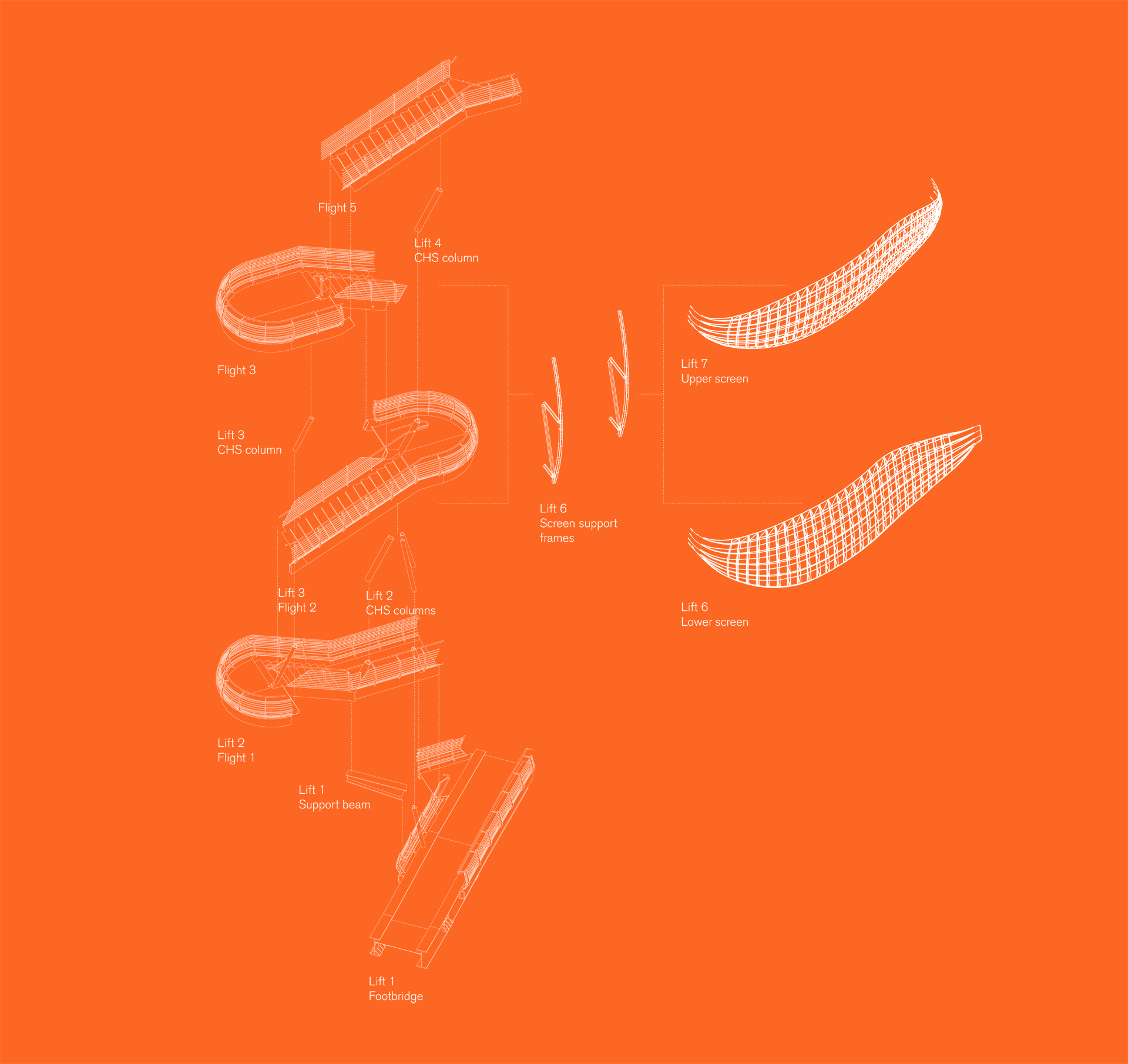