This energy efficient solar family home is an ongoing project; an experimental self-build at Newington Green in the London Borough of Islington. Justin Bere's own home and studio was designed to set a standard for future housing with an apparently effortless amalgamation of environmentally responsible solutions with beautiful forms, some years before the first Passivhaus was certified in the UK.

Started on site in 2002, when this experimental self-build house is eventually completed it will be one of the most ‘rounded’ ecological buildings in the UK. It was initially designed a few years before Justin discovered the work of the German physicist Wolfgang Feist, and five years before the UK's first Passive House building was certified by the Passive House Institute in Darmstadt. Justin started on site with a building that almost exactly complies with the requirements of Passive House certification (correct wall and roof u-values, design against thermal bridging, triple glazed windows throughout, air tight construction membranes and the installation of a heat recovery ventilation unit), and with a few technical upgrades would be eligible for certification.

The house is also one of the early examples in the UK of a house covered in biodiverse green roofs with varying soil depths for native ecological habitats which include two wild flower meadows with a thriving bee colony, a hazel coppice and a hawthorn thicket. Located immediately behind a terrace of four Grade 1 Listed heritage houses, the roofs contain a verdant oasis for residents in the neighbouring buildings to watch wildlife and the changing seasons.

A primary objective of this project is to redefine the language of architecture by the development of forms that are directly generated by the acceptance of the ecological imperatives of the 21st century. 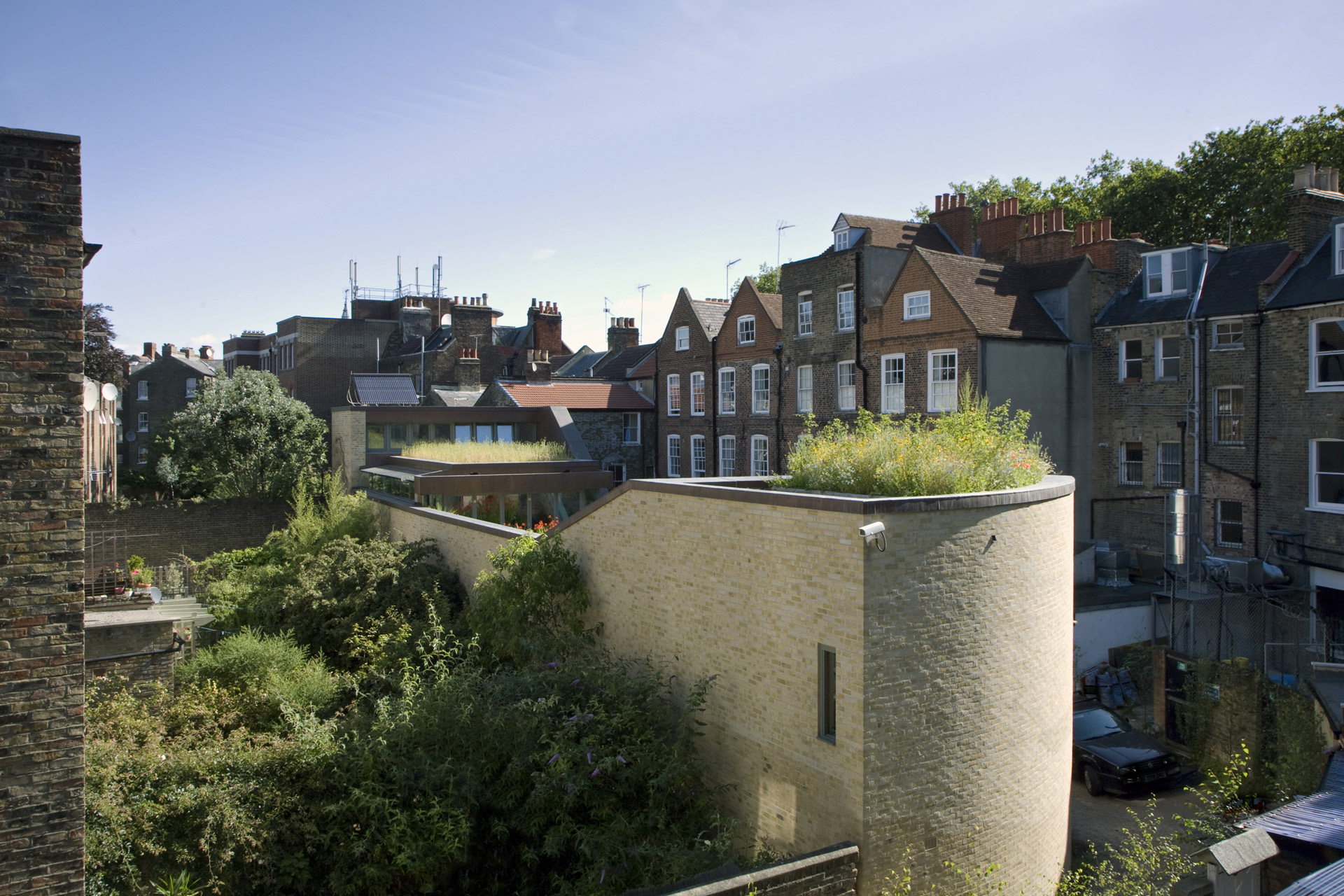 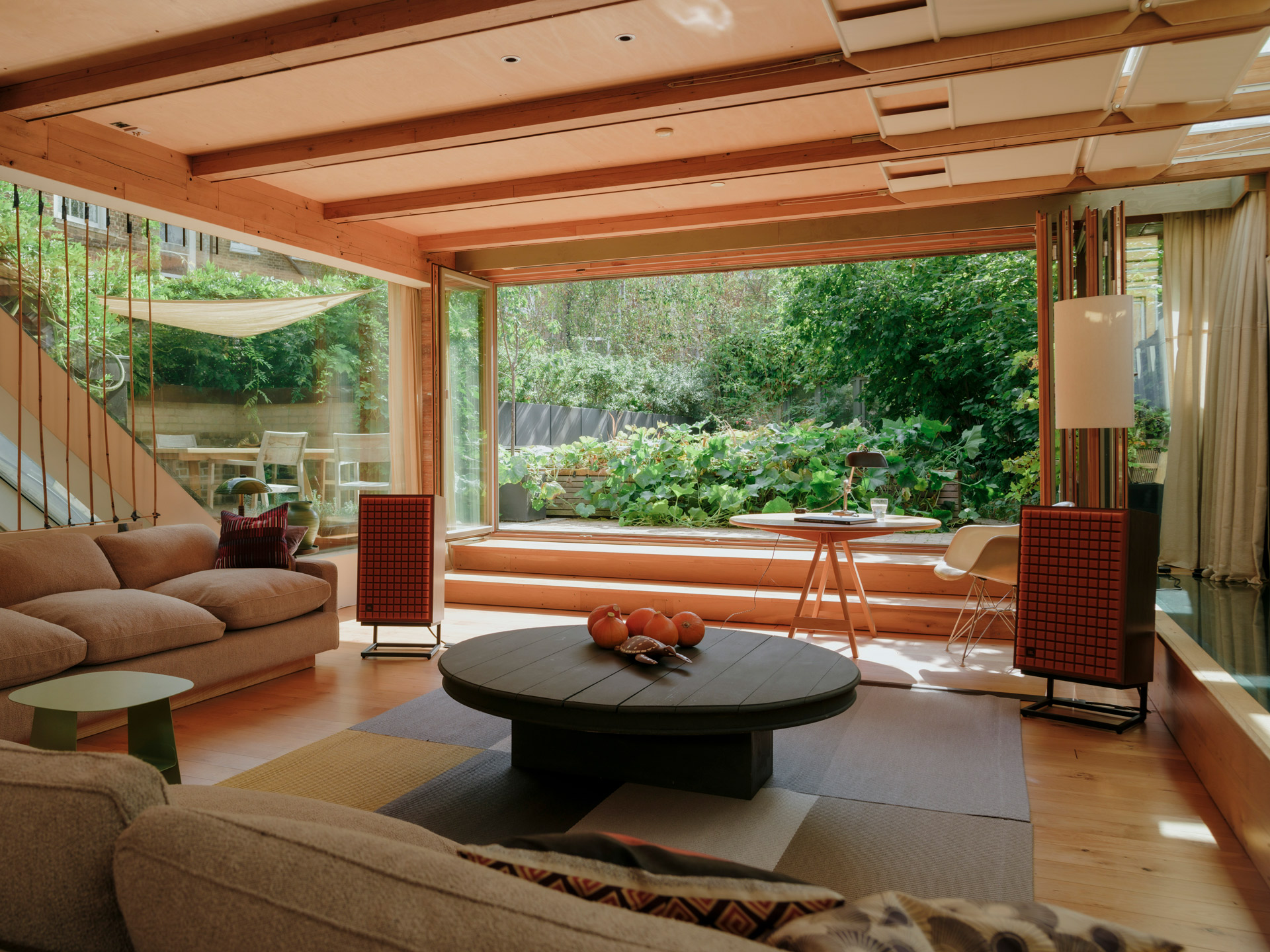